eFootball has been revealed and with so much information being dropped, we thought having a simple & concise Q&A breakdown of all of the details would be handy for those looking to get quick answers to their burning questions.

eFootball is an all-new football simulation platform from the makers of PES and Winning Eleven.

How much is eFootball?

eFootball will be free-to-play similar to Warzone & Fortnite.

Can I buy a physical copy in store/online?

For now, it looks like eFootball will be a digital only title.

PES was released as a full priced physical and online title with multiple modes including Master League & BAL and was developed using the FOX engine. There was no cross-play.

eFootball will be a free-to-play digital only title with multiple modes added throughout the year and is developed using the UNREAL ENGINE. There is full cross-play.

So cross play means I can play my friends on any platform?

Cross play will be available at launch but mobile cross-play will be added post launch around the Winter period.

Is there Master League in eFootball?

More details will come within the next few weeks but for now, it looks like Master League will be part of a future, post launch update.

When will the game release?

eFootball will launch worldwide first on PS5, PS4, Xbox Series X|S, Xbox One, Windows 10 and Steam this Autumn, with iOS and Android to follow soon after.

Our bet is early September.

What modes will be available on release day?

At launch, local and online matches featuring teams such as with Barcelona, Manchester United, Juventus, FC Bayern Munich & more will be available for free, with new updates coming post launch.

Why change from PES to eFootball?

eFootball is a fundamentally different game than what came before.

“We hope that football fans all over the world will enjoy the game as a completely new one rather than a simple update to what came before.” – KONAMI

Will Option Files be available in eFootball?

We are currently trying to get more information about Edit Mode and option files but for now, all we know is that a free update is planned Post launch to incorporate option files.

Will Edit Mode be available in eFootball?

We are currently trying to get more information about Edit Mode and option files but for now, all we know is that a free update is planned Post launch to incorporate option files.

For now, we can look to the Online Performance Test from a few weeks ago for to know that online stability is a high priority for eFootball. Until the game launches, we will have to wait and see.

Any news on myClub?

Not yet. Looks like we will get more information soon. We will update this page as we get the information.

We will update this Q&A with more questions throughout the day and weeks so if you have any questions, please get in touch on Twitter @PESUniverse. 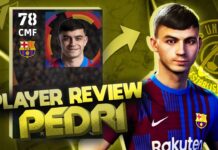 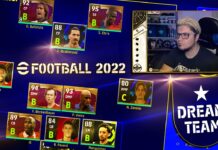 10,714FansLike
4,624FollowersFollow
58,336FollowersFollow
7,970SubscribersSubscribe
Not Looking for a Membership but Want to Support the Site?
All Donations Are Very Much Appreciated